In English en Français in Italiano

After the joint statement in March 2021 by Pedro Sanchez and Mark Rutte, the Spanish and Dutch prime ministers, it is now the turn of Heiko Maas, the German foreign minister, to speak out in favour of abolishing the unanimity rule in foreign policy. There has been no shortage of reactions. One of them, from Jean Quatremer 1, was interesting in several respects. Firstly, because the author has been reporting on European issues for more than thirty years to the readers of Libération and, until recently, through his blog “Les Coulisses de Bruxelles” – to a large French-speaking audience as well as to the Brussels microcosm. Secondly, and above all, because Jean Quatremer can hardly be described as an opponent of European integration. It therefore seems to us to be particularly emblematic of a reflexive French idea, one not limited to the heirs of Gaullism and sovereigntists, nor simply to elites – that of the French exception. END_OF_DOCUMENT_TOKEN_TO_BE_REPLACED

Auf Deutsch in English in Italiano 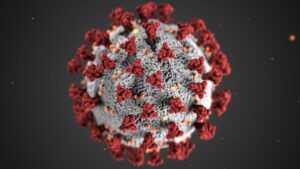