In English  In italiano 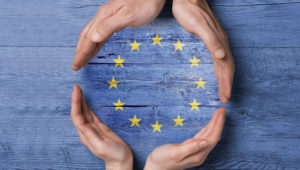 by Olivier Dupuis and Carmelo Palma 1

Let’s get straight to the point. We consider the opposition between « European federalists » and « sovereignists » extremely reductive, just as we consider that today more than ever the opposition between « Europeanists » and « European federalists » is abstract. Even the slogan « the United States of Europe » has become nothing more than a suggestion, unable to produce the smallest operational development. And then there are all the different scenarios that say, « let’s tear everything down and start from scratch » which sounds so much like « destroy the past to make the future ». END_OF_DOCUMENT_TOKEN_TO_BE_REPLACED

Proposal for a petition to the European Parliament

A. given that the European Union has dual democratic validation – on the one hand through the European Parliament, which is elected by all European citizens, and on the other through the Council of Ministers, which represents the governments of the member states –;

B. given that the Council (of Ministers) acts as the upper chamber of the EU; indeed, along with the Parliament, it is one of the two chambers where the European legislative process is conducted, having been set in motion by the Commission; END_OF_DOCUMENT_TOKEN_TO_BE_REPLACED

In English In Italiano

In English In Italiano